After reading this awesome article you will get to know:

Are you excited to play PUBG in higher FPS and in higher Graphics?

Then, Let me tell you the Graphic cards which itself promises to provide more than 60FPS.

I will cover the 3 best graphic cards from the lower range to a higher range.

For smoother gameplay, you need a graphic card that is built on the latest technology. Right now, the latest graphics card comes with NVIDIA Turing architecture and ultra-fast GDDR6 memory.

The Turing shaders in the NVIDIA graphic card, enable awesome performance increases on today’s games. However, You will get 1.4X power efficiency over the old generation card and faster, cooler, and smooth gaming experience.

Last year, NVIDIA announced its GTX 1060 6GB graphic card which comes with Turing architecture but it boasts GDDR5 memory which is not relevant this year.

So what Graphic card is great to play games at higher FPS?

I have listed some graphics card down below, check them out to know more.

This year NVIDIA launched its 16th series of the graphics card and it contains different cards with different numbers of CUDA cores.

Some of the 16th series graphics cards come with GDDR5 memory and some come with GDDR6 memory. So according to your budget, you can choose any of the below given graphic cards.

There are different brands available in the market, so you can go with any brand. – BUY NOW

When you install GeForce GTX 1660 SUPER in your system then you can play PUBG in 90+ FPS with i5 or above processor. It comes with a 1725 MHz Boost clock.

Moreover, you can purchase this graphics card of any brand from Amazon – BUY NOW

The Nvidia GeForce GTX 1660 Ti and GeForce GTX 1660 Graphics cards are built with NVIDIA Turing architecture. The 16 Series Graphics Processing Unit is a super-fast for today’s most popular games like the shadow of tomb raider and even faster with the modern AAA titles.

On this graphics card, you can play all the AAA titles like GTA 5, Shadow of the Tomb Raider, Call of Duty Black ops, and so on.

So these are the best Graphics card for 2021 to play any AAA title in 1080P FULL HD resolution, Write now I am using the GeForce GTX 1650 SUPER Graphics card in my PC and it is currently providing me 68+ FPS in GTA V and 82+ FPS in PUBG.

The graphics card which I told you above is my personal recommendation and you can purchase them without any Jiggle.

Let me know if you have any queries regards these graphics cards down below. 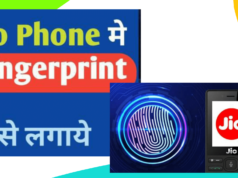 How to promote pins on Pinterest to drive traffic

How to check your aadhaar card status online in India

[2021] Blog Comment Benefits. Can I get traffic to my blog through comments? What...

What is Classic Car Insurance and How to Get it?

15 Career Opportunities in the Wedding Industry

Upcoming Trends That Are Shaping the Future of the Education Industry